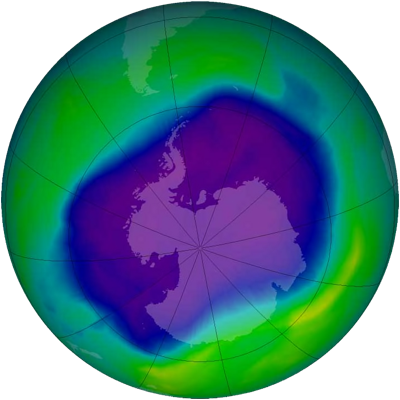 The OMPS series of instruments comprise the next generation of back-scattered UltraViolet (BUV) radiation sensors. This web site is the location of all information pertaining to their efforts concerning these instruments:

The first OMPS was launched onboard the Suomi NPP satellite in October 2011 and continues to provide well calibrated measurements from two nadir sensors (one focused on total column ozone retrieval and one focused on ozone profile retrieval) and a sensor looking at the atmospheric limb (focused on providing ozone profile retrievals with higher vertical resolution than is possible from the nadir direction). The core teams's L1B products for these sensors as well as the science team's L2 products generated from the L1B products can be found at the GSFC DISC:

In addition, OMPS L2 near real time products for ozone, SO2, and aerosol index are now part of NASA's LANCE system:

and near real-time imagery using those products is available via:

A second OMPS recently launched on 18 November 2017 onboard the NOAA-20 satellite. This version of OMPS only contains the two nadir sensors. Preliminary L1Bs from these sensors should be available in 2018, with L2 products availaible somewhat later.

To help the core and science team, members of the OMPS Science Investigator-led Processing System (SIPS) provide coding and processing support and assistance. We'd like acknowledge and thank their efforts here.

Papers published by the core and science teams: